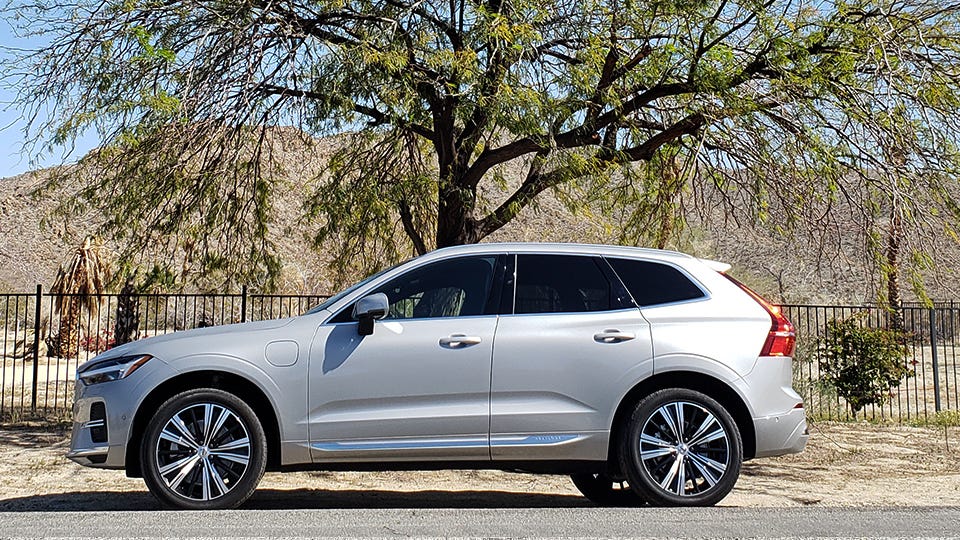 The redesigned 2022 Volvo XC60 T8 Recharge jumped ahead of the pack with an extended plug-in hybrid (PHEV) supercharged engine and intelligent technology. Sometimes called a compact crossover by some and a midsize SUV by others, it fits between Volvo’s compact XC40 and the three-row midsize XC90 SUVs.

The 2022 XC60 T8 Recharge eAWD is an exceptional four-cylinder luxury SUV with a modern exterior design and plush interior. But don’t just take my word for it. Read the reviews or test drive one for yourself!

First introduced in 2018, the Volvo XC60 Plug-in hybrid enters its fifth generation. However, this time around, Volvo learns from the past. It incorporates the best in Scandinavian design to achieve superior comfort and a safety suite that continues Volvo’s tradition of crash avoidance and passenger protection. As a result, the XC60 is rated as a Top Safety Pick+ by the EPA.

The evolution of the popular XC60 PHEV is part of the Swedish carmaker’s goal to produce 50 percent battery-electric vehicles by 2025 and, by 2030, be all-electric.

I test-drove the redesigned 2022 Volvo XC60 T8 eAWD PHEV for one week, which convinced me that it is one of the best in luxury PHEV SUVs. It has more power and a much longer all-electric range than the previous model. The performance was smooth and powerful, and the interior was comfortable and peaceful.

Upgrades to the 2022 model include a new Android infotainment system with Google services that include Google Assist, Google Maps, and the Play store to download your favorite apps. Drivers can also log in to their own Google or other accounts to access their preferences, including personalized help and contacts.

The top-of-line T8 Polestar Engineered trim gets its name from the Swedish racing team Polestar. In 2017, Polestar was separated from Volvo into an all-electric luxury vehicle company.

Power: All models are powered by a supercharged 2.0-liter Inline four-cylinder plug-in hybrid and two electric motors that generate 455 horsepower. They are paired with an eight-speed automatic transmission and are all-wheel-drive vehicles.

The electric power in the 2022 XC60 has almost doubled from 87 to 143 horsepower, which increases its all-electric range from 18 to 35 miles. 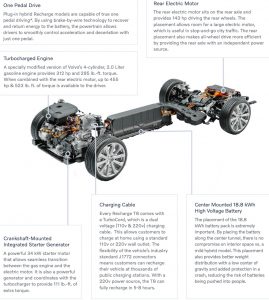 Fuel Economy: Despite the increase in horsepower, the redesigned Volvo XC60 T8 eAWD has a better gas and all-electric range. Volvo increased battery capacity in the XC60 PHEV from 9.1 to 14.9 kWh, which improved its EPA rating to 28 city/28 highway MPG, and 63 MPGe, averaging 35 all-electric miles.

The larger battery also qualifies for a higher tax credit of $7500 from $5419 for the smaller battery.

The hybrid system in the XC60 eAWD is even better at recharging itself while driving. A one-pedal system allows the vehicle to slow and regenerate electricity whenever the driver lifts off the brakes. The feature increases electric power and reduces the need to plug the car in.