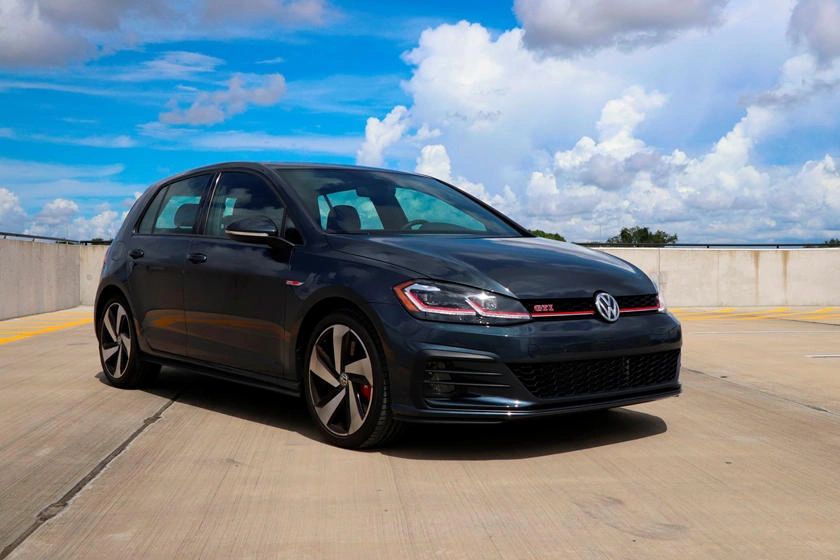 8thGeneration VW Golf GTI Autobahn is on the way

This year may be my last opportunity to get behind the wheel of the 7th generation Volkswagen Golf GTI 2.0T Autobahn. As to comes to the end of another life cycle, the long-awaited 8th generation Golf, called the Mk8, is on the way to the U.S. next year as a 2022 model.

Ever since the VW Golf was first introduced in the U.S. in 1974, it has had a consistent run, selling more than 35 million vehicles worldwide. The U.S. and Canada represent about 40 percent of Golf sales.

This year, the 2020 VW Golf GTI added some advanced standard and safety features that were previously optional last year. They include Wi-Fi hotspot along with the latest VW Car-Net communications system.

The Golf GTI offers three trim levels that includes the Autobahn, which is the performance version of the basic Golf.  Other versions include the S, and SE models. The GTI Autobahn is powered by a 2.0-liter turbocharged four-cylinder engine that generates 228-horsepower. A six-speed transmission is standard and a seven-speed dual-clutch automatic transmission is optional.

The GTI Autobahn is a compact hatchback that is fun-to-drive and equipped with DCC Adaptive Chassis Control that adapts the suspension to changes in road surfaces. High performance braking matches its faster speed, a feature it borrows from the higher performance Golf R. The driver also has the option to select Sport, Eco, Comfort, Normal or Custom modes.

The current 7th generation Golf GTI is still a good car that has been consistently upgraded since it was introduced in 2015, which leaves one to wonder what more can we expect from the 8th generation Golf?

For starters, the 8th generation Golf will have a more powerful 2.0-liter turbocharged four-cylinder engine that generates 245 horsepower, up from the current 228 horsepower. It will come loaded with more standard equipment that may add to the price. Additionally, the production of the Golf was moved from Mexico to Germany, which could raise the price in the U.S. For that same reason, we will not get the base model Golf.