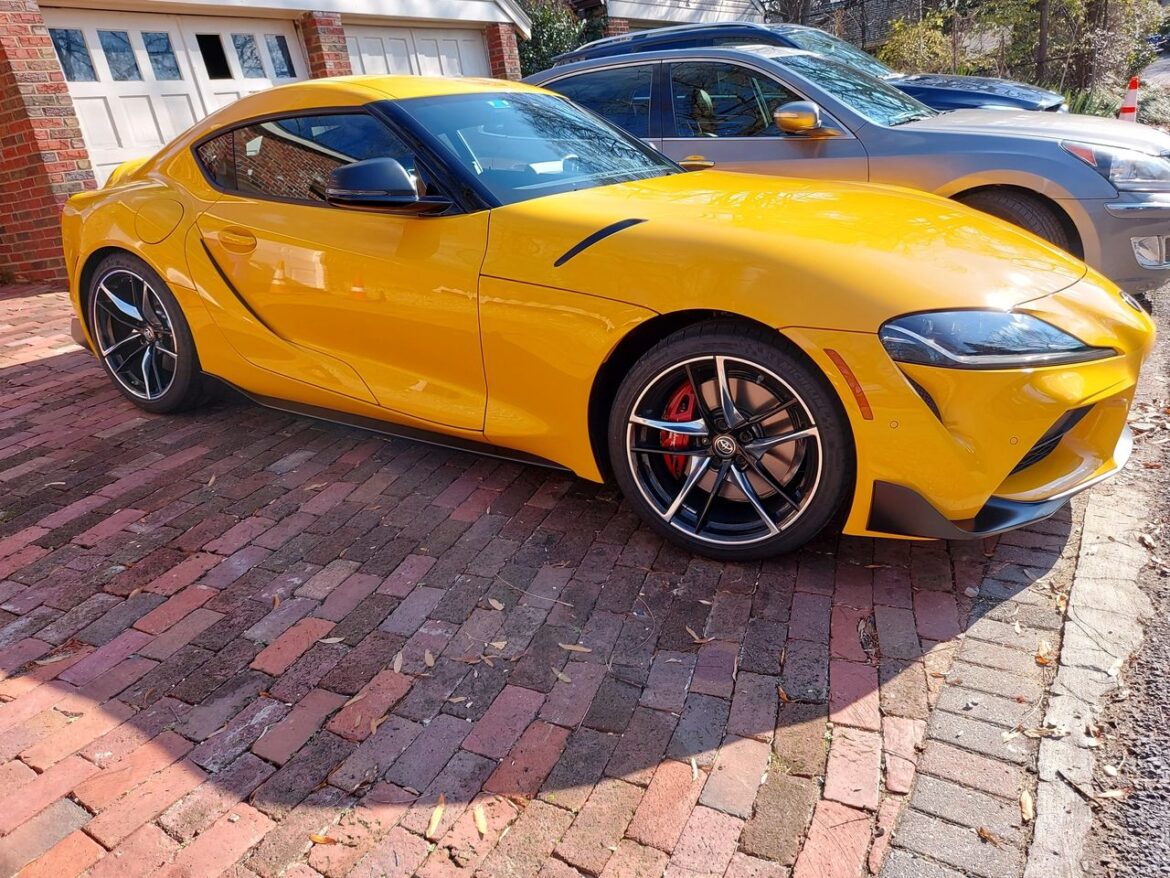 The Toyota Supra’s rebirth is more than just a tribute to a high-speed roadster that ended production in 2021. It returns with the brains of two great sports cars in one. The 2021 Toyota Supra combines a twin turbo-charged engine and technology from the BMW Z4 Roadster.

Relaunched in 2020, the Supra is a nostalgic three-door engineered for enthusiasts who love speed and superior road performance. The 2021 models come with more horsepower and a new four-cylinder twin-turbo engine.

Conceived and designed by Toyota’s Gazoo Racing motorsports program, the base four-cylinder GR Supra 2.0 starts in the lower forties price range. It generates 255 horsepower and goes from 0-60 in 5.0 seconds.

I tested the 2021 GR Supra 3.0 Premium for this review, which came with a six-cylinder twin-turbo inline powerplant that generates 382 horsepower at 368 lb-ft of torque.

The new Supra, built in partnership with BMW, shares the same inline-six engine, eight-speed automatic transmission, and engineering expertise with the BMW Z4. However, Toyota engineers tuned it specifically for the Supra. Additionally, both roadsters share the same chassis.

The Supra reflects characteristics of its former self, but with the latest advanced technology and modern-day conveniences. It is faster and more fun to drive. The eight-speed transmission shifts smoothly, and the paddle shifters provide a sense of manual control. It has a start/stop that turns off in the Sports mode, which also activates a loud exhaust sound.

After lowering your head to get inside the cockpit of the two-seater, there’s an 8.8-inch touch screen, wireless smartphone charging, navigation, Apple CarPlay, satellite radio, Bluetooth connectivity, and instead of Toyota’s Entune system, the Supra comes with BMW’s iDrive infotainment.