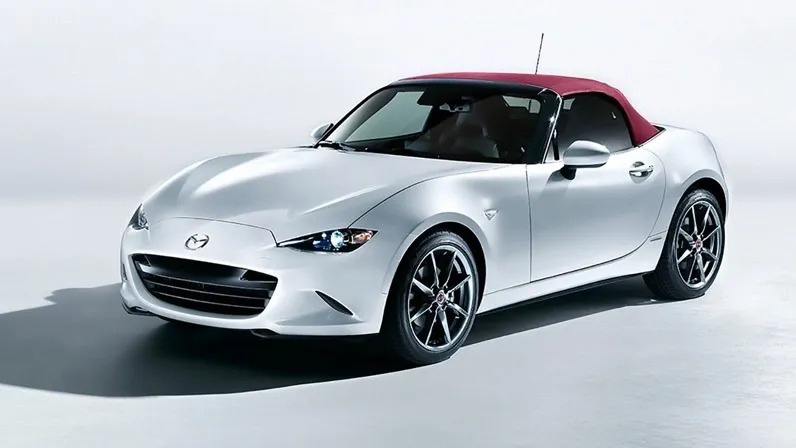 If you’re looking for a two-seat convertible to drive around town, the 2021 Mazda Miata MX-5 Grand Touring fits the bill. Simply flip the soft-top down from the driver’s seat, and it’s eager to race.

Since 1990, the Mazda Miata MX-5, built with the best in Japanese engineering and European design, has earned a reputation as a fun-to-drive urban roadster. I enjoyed the exhilarating drive in the Miata MX-5 Grand Touring, especially dodging in and out of traffic. Like a go-cart, it enjoyed taking on sharp corners and curves.

The two-seater Miata comes in three trim levels (Sport, Club, and Grand Touring) in either a soft-top convertible or a retractable hardtop (RF). All models come with a 2.0-liter four-cylinder engine with a standard manual or optional six-speed automatic transmission. In addition, the new Grand Touring package offers more comfort, technology, and convenience, including a sport-tuned suspension, leather seats, and automatic climate control.

Power: The Miata, powered by a 2.0-liter four-cylinder engine, gets 181 horsepower with a standard six-speed manual transmission.  An optional automatic six-speed transmission raises the costs by $1,350 on the Sport and $525 on the Club and Grand Touring.

The Grand Touring also has an enhanced Sports package that includes a sports-tuned suspension with a limited-slip differential, front air dam, rear spoiler, and 17-inch wheels. 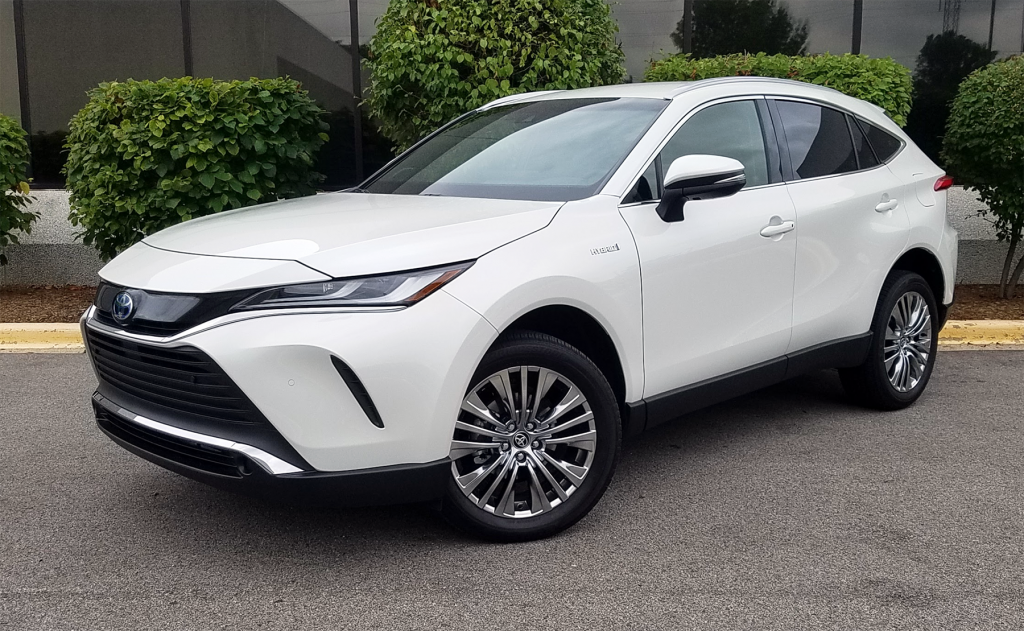 The 2021 Toyota Venza Returns as a Hybrid

Toyota reintroduced the Venza crossover to the U.S. in 2021 as a hybrid with two electric motors, a modern design, and premium features. The new Venza, positioned between the RAV4 crossover and the mid-size Highlander SUV, offers superb fuel economy and great value at a lower price range.

The original Toyota Venza, first launched in 2008, was discontinued in 2015 after facing tough competition and declining sales. This time around, the new Venza stands out in the crowded crossover SUV segment with its stylish contemporary design.

With Toyota’s latest hybrid technology and luxurious style, there’s plenty of wiggle room in the crossover segment for the new Venza, especially since its little brother, the RAV4, has been the SUV sales leader for four consecutive years.

The base model Venza comes with a standard 8.0-inch touchscreen on the dash and an optional 12.3-inch multimedia display, which is standard on the Limited edition. In addition, all models come with Apple CarPlay, Android Auto, and Amazon Alexa. The larger screen includes in-dash navigation and a JBL premium stereo system with nine speakers.

The Venza Limited is the first Toyota to come with an optional electrochromic sunroof called “Star Gaze,” a fixed panoramic glass rooftop. One switch changes the top from clear glass to opaque white, which blocks out the sun. The feature is only available on high-end luxury vehicles. Unlike a traditional moonroof, the glass top does not open.

The Venza hybrid transmission includes four driving modes: EV, Eco, Normal, and Sport. It switches smoothly between the gasoline and EV mode without hesitation. Like the Prius models, you can’t hear the motor running, and it uses electric torque to accelerate effortlessly.

Models/Pricing: The 2021 Venza hybrid comes in three levels: The LE starts at $33,885 MSRP, the XLE is $37,415, and the Limited model starts at $39,800 MSRP. The top-of-line Limited comes fully loaded with all the performance and safety features you need. 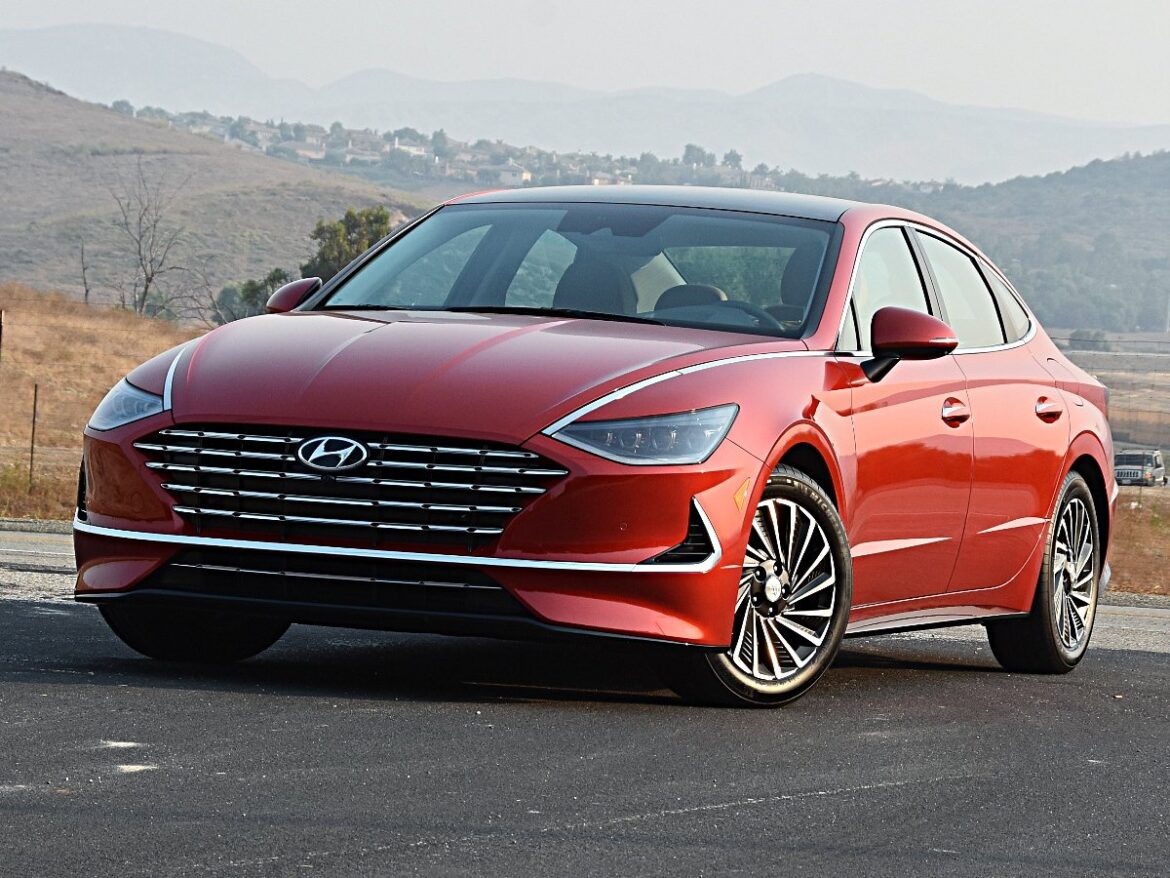 The new 2021 Hyundai Sonata Hybrid is the perfect choice for anyone that wants a good-looking sedan with excellent fuel economy. The seventh-generation Sonata, introduced last year, stepped up its design, technology and has the best mileage range in the mid-size sedan class.

I tested the redesigned Sonata Hybrid Limited model, which felt and looked like a premium luxury vehicle. Priced in the $30,000 range, it offers a lot more value for the money.

The new design incorporates a solar panel on the roof and other creative features that make it more appealing to the eye. The rooftop solar panel on the Limited edition is not just a fashion statement but adds a bit more battery backup.

Although solar charging still has a long way to go, the solar panel helps to recharge and jump-start the 12-volt and the hybrid powertrain’s 1.6-kWh lithium-ion battery packs and power the lights. It also adds a few miles to the electric range, averaging over 700 more miles in a year.

The new Hyundai Sonata Hybrid, introduced in 2020, carries over in 2021 with no changes. It borrows many upscale features from Genesis, Hyundai’s luxury division. And why not? Genesis is gradually challenging many top European brands.

The Sonata Limited has a 12.3-inch display behind the wheel and a 10.3-inch infotainment screen on the dashboard. To create a relaxing mood, drivers can select environmental sounds, like rain or a crackling fireplace.

Hyundai engineers designed the new Sonata with modern design features and loaded it with advanced technology to challenge the mid-size sedan leaders like the Honda Accord and Toyota Camry. However, Sonata, which sold 76,000 vehicles last year, still has a long way to reach the 270,000 Accords sold in the previous year and the 300,000 Camrys that left dealer lots.

Hybrid Power: The 2021 Hyundai Sonata Hybrid Limited, powered by a 270-volt lithium-ion battery and a 2.5-liter inline four-cylinder engine with a permanent magnet synchronous motor. Together they generate 191 horsepower with 210 lb-ft of torque. The base Hyundai hybrid models are powered by a 2.0-liter four-cylinder with an electric motor and battery pack, generating 150 horsepower. Switching gears is smoother with a new shift programming six-speed automatic transmission.