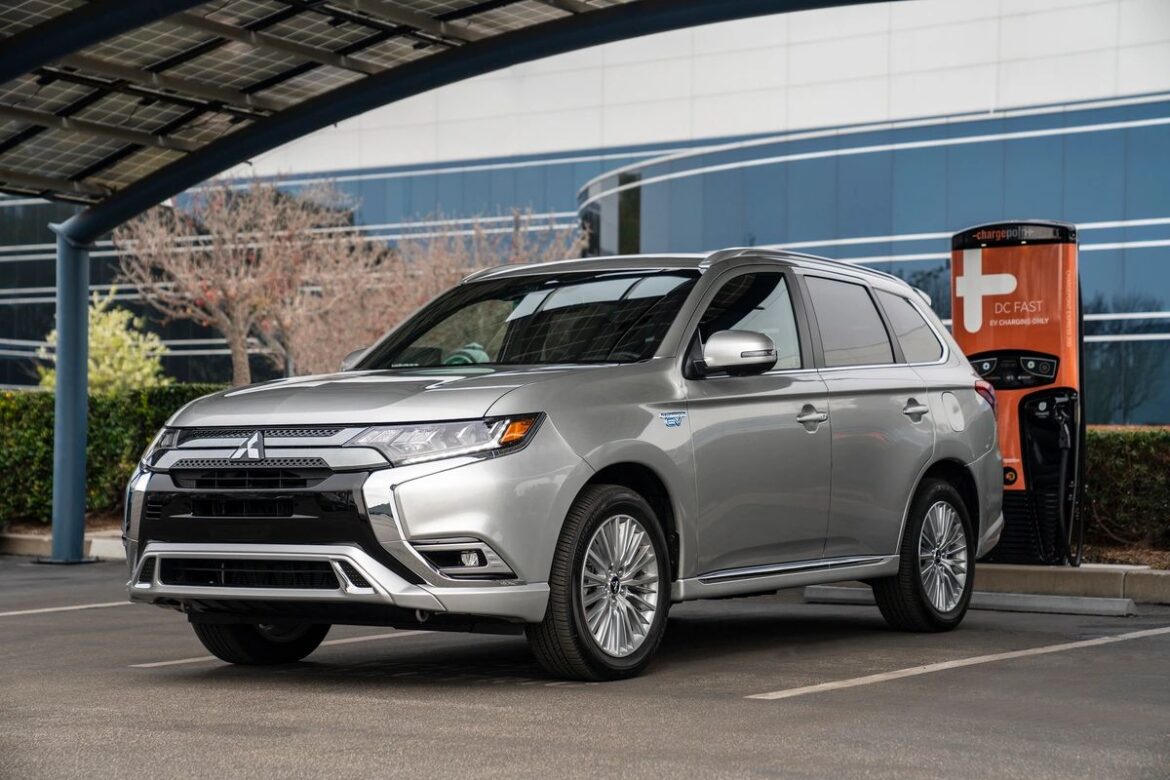 The 2020 Mitsubishi Outlander Plug-In Hybrid Electric Vehicle (PHEV) is a five-passenger SUV that was introduced in Europe in 2012 and later in the U.S. It is the top selling PHEV SUV worldwide and offers the benefits of electric fuel efficiency with the roominess of a crossover SUV.

The 2020 Mitsubishi Outlander PHEV comes in two trim levels: SEL and GT. Both are powered by a 2.0-liter four-cylinder engine and two 60-kilowatt electric motors on the front and rear axles. The combination gives the Outlander PHEV all-wheel drive with a total system output of 190 horsepower. Electrical power is stored in a 12-kWh lithium-ion battery pack.

The Outlander averages an all-electric driving range of 22 miles on a full charge with 74 MPGe from a gasoline powered generator and a 12-kilowatt-lithium-ion battery pack that powers the two electric motors.

The 2020 Mitsubishi Outlander PHEV comes fully loaded with advanced safety and tech features that includes DC fast charging. A PHEV goes beyond standard hybrids by offering the option to charge the battery on an electrical source. Once the battery power runs out on a standard hybrid the vehicle operates on gas, whereas the PHEV gives you the option to recharge the electric motor instead of using the engine and brakes to charge it up.

Unlike standard hybrid vehicles, the Outlander also comes with advanced hybrid and EV technologies that gives the driver more control over the gas, electric and hybrid functions. The need to stop for gas or plug the vehicle in depends on your driving style and distance traveled, since the built-in technology can also help to recharge the vehicle for you.

The driver has the choice between three different modes to help maximize energy efficiency: Eco Mode to reduce fuel and electricity usage; Battery Save Mode which activates the engine’s generator for  increased battery charge; and Battery Charge Mode that allows the engine to charge the battery whether the vehicle is sitting still or driving.

In addition, the hybrid system in the Outlander has an advanced drivetrain that automatically adjusts between three different driving functions to help increase energy efficiency. The system combines the electric motors in the front and rear and a generator integrated into the gasoline powered engine that switches between three modes for optimal performance and efficiency: EV Drive Mode, two electric motors that supplies energy from the battery for all-electric driving; Series Hybrid Mode helps charge the lithium-ion battery and sends power to the twin electric motors for increased acceleration; and Parallel Hybrid Mode which uses the full power of the gasoline engine and electric motors for high speed cruising, long-haul distance, and uphill driving.

The base MSRP for the Mitsubishi Outlander is $36,095 before any federal or state tax credits. I tested the GT model with the Premium Luxury Package that was listed at $41,495 MSRP.

There are also reporting that the new generation 2021 Mitsubishi Outlander PHEV will launch in the U.S. later this year. It will be built on a new Renault-Nissan-Mitsubishi Alliance platform, and come with a more powerful engine and greater EV capacity.

For more reviews on new cars and trucks, subscribe to my blog at www.randolphp.sg-host.com.

The Lincoln Nautilus Mid-Size Luxury SUV has Bells and Whistles