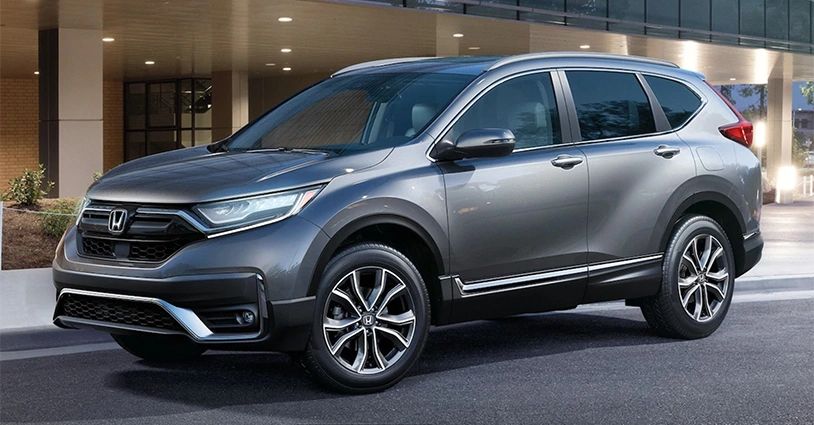 The new 2020 Honda CR-V Hybrid will give a boost to Honda’s SUV sales with its all-wheel -drive (AWD), standard features, and two-battery hybrid system. The CR-V Hybrid, which went on sale in China and Europe last year, is Honda’s first electrified SUV in the United States. Introduced to the U.S. in 1997, the base model Honda CR-V is now in its fifth generation.
The CR-V, which has had a long-run as one of the top-selling SUVs in its class, retains a 45.2% resale value after the first place, Subaru Forrester, according to Kelly Blue Book. Competitors include the Ford Escape Hybrid, the Nissan Rogue Hybrid, and its chief rival, the Toyota RAV4 Hybrid AWD.
Toyota’s best-selling hybrid, the RAV4, is the closet competitor with AWD. However, the 2020 CR-V offers competitive pricing and more standard features. The 2020 CR-V Hybrid starts at $28,870 for the base LX trim, slightly less than a base LE RAV4 Hybrid at $29,470 MSRP.
The CR-V Hybrid does lag slightly behind its two main rivals on fuel economy, the Toyota RAV4 and Ford Escape. The all-wheel-drive Toyota RAV4 is rated at 41 mpg city/38 mpg highway, while the Ford Escape Hybrid front-wheel-drive averages 44 mpg city/37 mpg and 43 mpg city/37 mpg highway for the all-wheel-drive option.
The new Honda CR-V Hybrid has an EPA fuel economy rating of 40 mpg city/35 mpg highway, compared to the standard gasoline-powered CR-V AWD, which gets 27 mpg city/32 mpg highway.
The CR-V Hybrid shares a retuned version of the two-motor hybrid propulsion system from the Honda Accord Hybrid, but with improved efficiency and performance. Sitting underneath the hood is a 2.0-liter, 16-valve DOHC Atkinson-cycle four-cylinder engine that generates 212 horsepower, and a small 1.4-kWh lithium-ion battery that is quiet and smooth.
The CR-V Hybrid uses an electronic continuously variable transmission (eCVT) and can run at higher speeds on electric power for an extensive period before the gasoline engine kicks in. Additionally, the transition from gasoline to battery power is seamless.
The Honda CR-V Hybrid, which operates in four modes: Normal, Sport, Eco, and EV, can run on all-electric in the EV mode at lower speeds. It also becomes very assertive in the sports mode.
Regenerative braking is an essential factor in electric vehicles because it helps recharge the battery. Honda did a great job of improving the smoothness and effectiveness of braking in the CR-V Hybrid. Coasting and braking during stops are less intrusive than in many other Hybrids I’ve driven.
The Honda Sensing suite of safety and driver-assist features come standard in the CR-V Hybrid, which includes collision mitigation braking system, lane-keeping alerts, and departure assist, forward collision warning, pedestrian sensing, and adaptive cruise control.
Become decisive in your auto buying decisions! Visit www.randolphp.sg-host.com for a free subscription to my auto blog. Randi Payton, Decisive Media Network